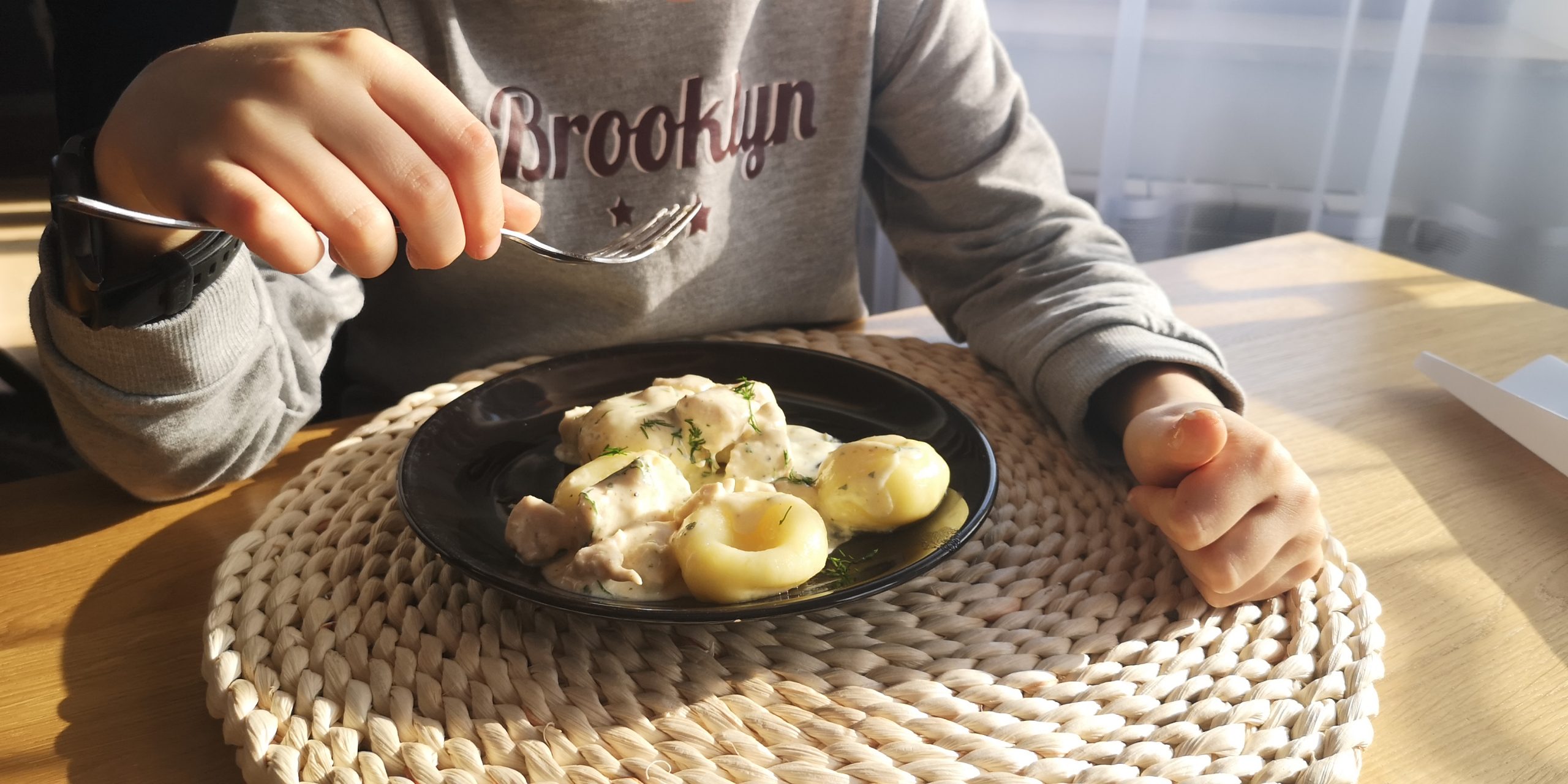 If your children don’t like boiled potatoes or you look for a healthy alternative to French fries – there is a great delicacy that comes from very famous region of Poland called Silesia.

The name of this dish is Silesian Noddles and today we will reveal you their secret. We will also discuss why frying potatoes in the form of fries or slices, thick or thin, is very unhealthy and what to serve Silesian dumplings with.

Our children don’t like boiled potatoes or pure but they love those noddles with are 99% made from potatoes.

Why is it worth eating potatoes?

Potatoes are our main source of vitamin C. Although they also contain compounds important for the eyes: beta-carotene needed for the development of children’s eyes, and lutein and zeaxanthin, which are components of the macular pigment, which act as inner sunglasses and protect the eyes from degeneration. macula.

There are almost 4,000 known in the world. popular potato varieties. Potato flesh comes in various colors, such as white, yellow, pink, purple or even red

Potatoes, compared to other products that are often eaten for lunch, will have an alkaline-forming effect, i.e. they will not additionally acidify our bodies, as, for example, groats or other products, especially meat products, can do it. So this is another advantage of potatoes.

Other advantages include the fact that they are a valuable source of potassium, which has a blood pressure lowering effect.

Studies also show their beneficial effects in the prevention of selected neoplastic diseases, they also have a positive effect on alleviating the symptoms of gastric ulcer disease.

Probably many parents replace boiled potatoes with fried chips, which are rather liked by most children. However, French fries are a very unhealthy dish that you can afford from time to time.

Why are fried fries unhealthy and should be avoided?

A study published in the American Journal of Clinical Nutrition was designed to investigate the health effects of eating fried potatoes. It included both traditional fries, fried potatoes in slices, spiral fries and with various textures, potato pancakes, the so-called tater tots (deep-fried breaded potato balls with cheddar cheese) boats and Bejgian fries.

Scientists have found that eating fried potatoes in any form at least twice a week may be associated with an increased risk of death.

Scientists point out that boiled, baked or mashed potatoes were no longer a threat.

Only fried potatoes are dangerous to our health and life, and the more crunchy, the more deadly. Scientists also warn that vegetables in this form are not able to replace the daily portion of vegetables that we should eat.

Frying causes changes to both the oil and the fried products. During frying, the fat begins to oxidize and carcinogenic furans are formed in the products. In addition, frying is the cause of diseases such as atherosclerosis and Alzheimer’s disease. That is why it is always worth choosing other methods of preparing dishes, and our health and figure will gain when we reach for cooked or baked products.

How to replace fries to make it tasty and healthy?

Boiled potatoes – both whole and pure, are not very attractive to children. In our case, the bull’s eye was the so-called Silesian dumplings – a dish from Poland that we will tell you about today.

If you wish to know how to prepare great Silesian Noddles – stay tuned.

How Silesian Noddles are made?

Silesian dumplings or noddles are prepared from stripped boiled potatoes combined in a 4: 1 or 3: 1 volume ratio with potato flour and salt (to taste). In many recipes, raw eggs are also added to the kneaded mass to keep everything together.

Most often, the finished noodles are about 4-5 cm wide and 2.5 cm high.

Depending on the type of potatoes used and the color of the egg yolk, they are cream-white, slightly yellow and even yolk-colored.

The hollow in the dumpling, apart from its decorative function, serves as a place where the sauce served with the food is kept. The “buttonhole” also helps to cook the noodles evenly.

While still hot, boiled potatoes are squeezed through a press or minced in a food processor and then combined with the remaining ingredients.

A roller is formed from the prepared dough, which is then cut into pieces, which are then given the desired shapes. A characteristic “hole” is made with a finger. The formed dumplings are boiled in salted water.

What to serve Silesian dumplings with?

So they can be added to meat dishes of white and red meat, fish. Silesian dumplings perfectly combine with cutlets, steaks, stews or roasts.

We remember that it’s mostly carbohydrates, so to compose a balanced meal we add protein and fats.

Silesian dumplings are also perfectly combined with vegetarian and vegan dishes: all kinds of vegetable mixes suit them – especially with the addition of legumes: chickpeas, soybeans, lentils or broad beans.

Nevertheless, in our case, the most wanted by children is chicken in a cream and dill sauce. Our kids just love it.